Skip to content
boricuareads interviews August 27, 2019August 27, 2019 6 Minutes
Hi everyone! As a part of the His Hideous Heart blog tour, I agreed to do a post on my blog. Before I talk about the post, here’s a description of the anthology:

Thirteen of YA’s most celebrated names reimagine Edgar Allan Poe’s most surprising, unsettling, and popular tales for a new generation

Edgar Allan Poe may be a hundred and fifty years beyond this world, but the themes of his beloved works have much in common with modern young adult fiction. Whether the stories are familiar to readers or discovered for the first time, readers will revel in Edgar Allan Poe’s classic tales, and how they’ve been brought to life in thirteen unique and unforgettable ways.

I agreed to do an interview with Dahlia Adler, the editor of the anthology as well as co-contributor. She wrote a sapphic retelling of Poe’s Ligeia, retitled Lygia in this collection. I’m still not over the story, and I rushed to talk to Dahlia about the process of writing for and editing this anthology as well as how it compared to contributing to other YA anthologies.

Here’s the result of this interview:

Adriana M. (AM): Why did you choose Edgar Allan Poe as the target of retellings for His Hideous Heart?

Dahlia Adler (DA): It was actually a suggestion someone made on Twitter in response to one of my tweets, and immediately I thought of authors who could do his work the most beautiful justice. Thrillers—especially psychological ones—horror, and dark fantasy are some of my very favorite YA genres as a reader, and I really love Gothic tones and aesthetics, and I think in general Poe’s themes are ones that just lend themselves really well to adolescence.

AM: What’s one story in the anthology you wish a younger Dahlia could’ve been able to read?

DA: Hmm, maybe “Night-Tide” by Tessa Gratton, because I think there’s a lot that was explored in my education, but not so much sexuality, and I think her story and its historical bent would’ve fit so nicely into the kinds of work I already loved. I don’t want to spoil it but there are obvious shades of a book I read in high school in it and I can’t help thinking what a difference it would’ve made to get to read it through a queer lens.

AM: What do you hope readers take away from your story and anthology?

DA: I hope readers get to see that there’s a place for everyone in classic literature, and not just the cishet white guys who always get to be the heroes and even the villains. I hope it helps everyone realize their darker and heavier emotions are valid, even if we don’t all get to act on them like these characters do!

AM : How did writing your short story for your own anthology compare to writing a short story for other anthologies like All Out, A Tyranny of Petticoats, or It’s a Whole Spiel?

DA: Honestly, it was a little scary knowing that there wouldn’t be an editor in between me and the publishing editor! I’m so used to there being another layer of notes and opinions, and after editing everyone else’s stories, it really hit that there was no Me to do that to mine in the same way. (But shoutout to contributors Emily Lloyd-Jones and Marieke Nijkamp for beta reading it!)

AM: What drew you to retelling Poe’s Ligeia?

DA: I’m really the outlier in this collection as the author who didn’t make a name for themselves within one of Poe’s genres, as I primarily write lighter contemporary romance, but I knew exactly and immediately what I would write that would really mesh Poe and my own stuff and together when it came to this story. It’s rare a story works out that quickly for me!

AM: Both Molly’s Lips [Dahlia’s short story in All Out] and Lygia have sapphic protagonists. They also deal with loss and grief. Is there a connection to be made in the experiences of a sapphic person and grief?

DA: I think loss maybe hits you in a different, added way when you’re queer, because you aren’t sure who you can share it with and who you can move on with. That element of secrecy, of safety—it plays into both stories in different ways. In “Molly’s Lips,” Annabelle struggles to talk about why Kurt Cobain mattered so much to her because it requires outing herself. In “Lygia,” part of the reason Lygia is such a loss and why trying with Roberta is so compelling is because how many options does the narrator have, really? There aren’t any other Out girls in her vicinity. So she’s lost not just the girl she loves but the promise of a romantic future, or at least that’s how she sees it and what she’s trying to recreate.

AM: Lygia is a twisted story of manipulation and psychological drama all packed in a rather compact way that’s easy to read but you’ll keep turning around in your head for a long time. If an editor were to approach you and ask if you could expand this story, would you do so? Or do you believe the story would stay in its short form?

DA: I would actually love to see a longer version of the story where you saw the slow evolution of the manipulation and how it’s affected by trauma, and honestly my heart hurts at the mere thought of it because I know a novel version would have Roberta slowly withering in this horribly painful way. It sort of makes me gasp for air to think about what a longer version would be; it was hard enough, emotionally, to write the short story, as someone who’s generally a pretty sunny writer! And certainly one who’s devoted to happy endings, especially for marginalized characters. But I can’t say I’d hate to see the end product.

AM: What was the story that you had the most fun editing?

DA: Oh man, it’s really hard to call editing your peers “fun,” especially when you’re incredibly daunted by their writing skill and feel like a total impostor telling these bestsellers and award winners to make changes. But in truth, a lot of these stories had pretty minimal editing; I could not believe how clean they came in. If I had to pick one, I’d say probably Rin’s, just because I learned so much Filipino slang from doing it!

AM: What movie would you pair your story, Lygia, with?

DA: Cruel Intentions. I don’t even care if that dates me.

AM: Who was a dream author you would’ve liked to have in His Hideous Heart?

DA: Um, have you seen that lineup? I got my dream authors, baby! But I do have a few favorite thriller authors I didn’t get to ask, like Kara Thomas and Abigail Haas, and now that I’ve read Pet by Akwaeke Emezi, I feel like they would’ve been amazing at this. But I’m not done doing anthologies, and I’m really excited to get to work with more faves soon! 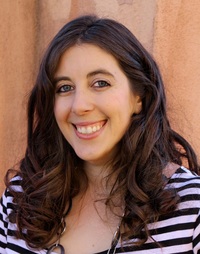 Dahlia Adler is an Associate Editor of mathematics by day, a blogger for B&N Teens, LGBTQ Reads, and Frolic by night, and an author of Young Adult and New Adult novels at every spare moment in between. Her books include the Daylight Falls duology, Just Visiting, and the Radleigh University trilogy, and her short stories can be found in the anthologies The Radical Element, All Out, It’s a Whole Spiel, and His Hideous Heart, which she also edited. Dahlia lives in New York with her husband, son, and an obscene amount of books, and can be found on Twitter and Instagram at @MissDahlELama.

His Hideous Heart is out September 10th, 2019 with Flatiron Books.